Ethereum has been plagued by on and off high gas fees for months, leading to a boom in funding and uptake of some layer 2 solutions such as Polygon and Arbitrum.

A new project, the EGL Project, is taking a different approach in an attempt to foster better communication between two groups of Ethereum’s miners and users, whose incentives are oftentimes misaligned.

The EGL project proposes a solution to allow coordination and incentives for miners to listen to the community on their desired gas limit.

What is Ethereum’s EGL Project?

The Ethereum Eagle project is a community-led effort to solve the misalignment of incentives and lack of transparency between Ethereum’s users and miners in a way that maximizes value for all stakeholders.

The project introduces an on-chain coordination token, called the EGL token, that allows the whole ETH ecosystem to vote on Ethereum’s gas limit and then incentivizes the miners to follow the agreed gas limit, as has been decided by the community.

Ethereum allows the miner of each block to change the subsequent block size up or down by about 0.1%. The resulting effect is that the gas limit is a bit jittery over the short run but will hover around the gas limit targeted by most of the hash power.

Over time, the majority of miners must target a particular gas limit so as to achieve a new block size level. As Rohit explains, this leads to miners acting in their financial interest, and their investment in mining equipment, indicating a long-term commitment to the ETH value. So, how does EGL work?

EGL builds on Ethereum’s attempt to move some parameters away from core devs to miners. This is done by giving some of that power back to not only core devs but also the entire community.

The EGL token is designed to solve the coordination problem on Ethereum and thus should be owned by the Ethereum community. It is designed that any ETH holder can participate in the Genesis by staking their ETH and receiving free EGL tokens. At the end of a Genesis lockup, the user can claim their staked ETHs and free EGLs.

Core Devs usually have the greatest insight into the nodes’ technical limitations, and their opinions, therefore, should carry significant weight than the rest of the users. EGL tokens will therefore be awarded to all interested core devs to directly impact the EGL vote and to signal to other actors their respective opinions.

Optimizing the gas limit to a maximum safe value will create value for the entire ecosystem and open the door for the tragedy of the commons, as Yuzby demonstrates in his project on Education Ecosystem. Every actor will ask themselves why it should fall upon them to invest capital and effort in holding EGLs and vote.

EGL leverages these two steps to incentivize the participation of large actors, who will benefit the most;

The reasoning behind this unconventional design choice is that large actors may benefit greatly from EGL, and they may be significantly better off locking some capital in EGL and vote over losing the value they capture from EGL.

The 2020 DeFi boom introduced many new users to Ethereum and resurfaced the debate about what the appropriate gas limit is. The EGL project is a community-led effort focused on tackling this problem and its respective protocol level attribute (the gas limit) without requiring a protocol change.

This article discusses the EGL project, which introduces an on-chain coordination token that allows the ETH ecosystem to signal its collaborative desire under the guidance of core devs, and incentivizes pools to follow it. 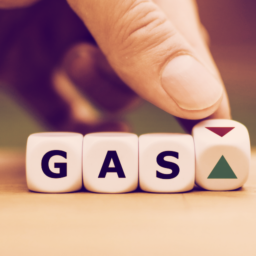